It should never be taken for granted quite how much time an accomplished two-year-old can waste. If they know you are in a rush or under any kind of time pressure whatsoever, they will double their efforts (or technically ‘lack of effort’) immediately. And whilst smiling. Wankers.

So without further a do, here’s WallyBubba’s Guide to Time-wasting for Modern Toddlers:

Each morning insist on choosing your own clothing. From the dress-up drawer. Don’t ever back down. Ask yourself what Rapunzel would have done…. That’s right – a swift punch to the vagina and unrelenting demands to be dressed as an Elf. On a side note – no matter what Mummy says there is absolutely NO upper limit on how long you can *brush your teeth (*suck your toothbrush)
During breakfast, be sure to ask only for fruits not in season/unavailable in the UK. Tell that bitch to kumquat up your Weetabix else you’ll have her skin removed and made into hat.
No, you didn’t ask simply for ‘Peppa’, you were very specific that you wanted the one with the fishpond. And you’ll be pissing on the sofa until that happens.
Whilst out on a walk with Mummy/Daddy or another large human, be sure to pause and comment on the weather every minute or so. It’s very important to remind adults that’s it’s ‘rayyyyyyyyyneeeeeeeennnn’ continuously incase they forget. Or try to leave the house without you wearing your welly-boots again. *rolls eyes*
If asked to walk quickly or ‘hurry up’, stop immediately and find interest in a stone, patch of dirt or your own naval. Sit on the floor and prod at it for at least five minutes.
Push your own buggy. They like that.
Refuse to enter any shops which don’t sell toys. They like that too.
Upon entering a toy retailer, be sure to grab the toy trolley and fill it with all the things you wish Mummy would buy you. When that cold bitch refuses to buy you the complete Octonauts set, tantrum until you throw up. Then roll in it.
At dinnertime, be completely adamant that you want sausages. When the sausages arrive, go bat shit crazy and demand pizza. Once the pizza arrives, decide you hate pizza. Ask for raisins. Once Mummy starts crying, decide you want sausages after all. Eat them whilst laughing at her tears.
Also, for at least one day a week decide that you wish to eat all food without actually touching it. Takes a while but eventually they just give you a cake.
Any time you are about to leave the house, wait until the last moment… and release a turd the size of your own arm. Also known as Operation ‘Kraken’.
Hide all the shoes. That’ll f@*k with them.
Never let them remove your pink blanket of power… *whispers* it’s how you get your strength… 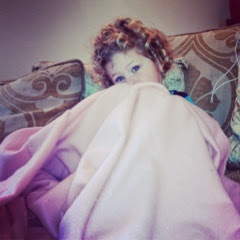