There is nothing quite like playtime with a two-year old to make you realise how much of a control freak you are.

Remember before you had children… when your vagina was predominantly on the inside… and you thought you’d be one of those relaxed, chilled out parents who would have relaxed, chilled-out children who just were well behaved and just kept things neat and tidy and shit…Oh how you can laugh about that now…

Yes.As the owner of a ninja-biro-stealing-turd-smearing-migit (cleverly passing herself off as a toddler) who likes to eat play-doh until she’s shitting rainbows across my living room, I can assure you that there is no such thing as a ‘neat’ toddler and anyone who ever says otherwise is lying. And deluded. And clearly not drunk enough.

The truth is I am just a really shit mummy when it comes to crafts, messy play, painting, drawing and frankly any activity where my child has apparatus with which to ruin my *carpet. (*life)

There. I admit it.

I can’t watch her smash the red play-doh into the blue one without physically wincing, calling the entire thing off and spending the next 20 minutes unpicking the two until I’m satisfied no hybrid purple matter remains and my breathing returns to normal.

Despite setting up my dining room like a kill scene from Dexter ready to do ‘painting’ with the toddler *shudders*, I can’t help but notice the vein in my neck throbbing as my blood pressure rises and I sit fighting the urge to PAINT THE F@*KING THING MYSELF IF YOU’RE JUST GOING TO MIX ALL THE PAINTS UP, SMEAR IT ALL OVER YOUR FACE, ROLL IN IT AND GO HUG THE FRIDGE.

How the f@*k do they notice the one biro you’ve carelessly not quite hidden well enough from across the living room. And why can’t they just stay in the f@*king lines… THE F@*KING LINES.

Crafts… seriously… with toddlers…?! Do people really do this and not mentally break down after the first 20 or 30 seconds…? Why can’t their annoying chubby little hands thread the pasta onto the string? Why not? It’s not hard. Look I’ve just done ten with one hand FFS. Then before you know it, I’m elbow deep in a conchigelle tiara and she’s buggered off to poke a dog in the face.

Also. We don’t do baking anymore.

And we don’t talk about why.

And if anyone so much as utters the words ‘glitter glue’ I break out in hives and have to go lie down in a darkened room for an hour.

So, to anyone who manages any of the above without developing ticks and/or a mild alcohol dependency I salute you.

Yours sincerely (and slightly drunkenly), 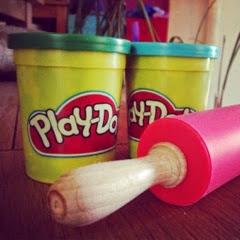