How can this have happened?

*wails a bit and eats a chocolate orange… (Like an apple)*

Yes, the day has come that the baby-room is no more and the toddler has officially got her own ‘Big-Girl Bedroom’… Next it’ll be school, make-up, hot-pants, Kavos Uncovered… It’s just like that scene out of ToyStory2 that makes me sob like a twat, where Jessie gets found under the bed and dumped by a tree… I AM JESSIE AND SHE IS ABANDONING ME.

I AM BEING ABANDONED.

It just feels like this is start of her really beginning to grow up. I’m merely a facilitator for her snack demands and helping her put tights on. She seems to think my skills begin and end with separating play-doh, buying her stuff, and producing raisins from about my person at any time no matter the situation. (I’m kinda proud of that last one to be fair.)

She picks her own dinners, dresses herself, poos independently, puts herself into her own bed and listens intently as I read her bedtime stories mainly so she can highlight when I try to skip over the bit in The Little Mermaid where Ariel meets the eels… it’s shit and tedious and frankly adds nothing to the story.

Not to mention that almost single-handedly decorating a toddler’s bedroom whilst seven months pregnant was so exhausting I nearly popped a human out on several occasions whilst glossing the curtain rail… My blood, sweat and a number of slightly questionable bodily fluids are firmly engrained in the fabric of that IKEA flat pack furniture, and I like to think no-one can position an owl wall-sticker quite like I can. *smug face*

Plus. The toddler bastard well loves it. And has actually slept through the night the past four days in a row so I think it might have actual magical powers… like Gandalf. Or Wine.

In other news, Pocoyo just followed me on twitter so it’s not all bad right…

Anyhow – here’s some before and afters for you to look at, and me to feel smug about while eating a tub of cocktail sausages. 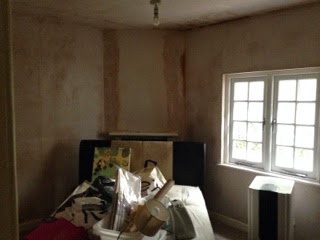 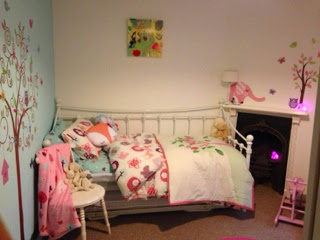 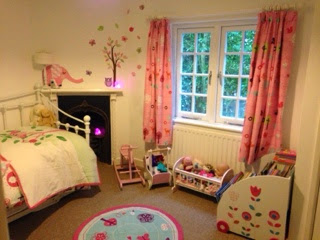 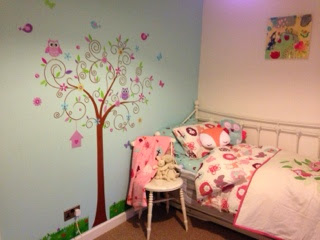 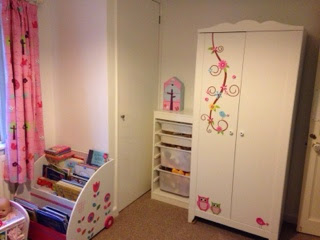