Wally Mummy May 21, 2014 Blog Post 38 Comments
Babes and the seaside…
Just don’t bastard-well mix.
It’s death in every direction,
it must be some kind of fix.
It starts off when they’re tiny,
And they won’t stop eating sand.
By the time they are crawling,
It’s getting out of hand…
If there’s anything sharp they’ll find it,
And shove it up their nose,
They’re certainly closer to nature;
There’s wildlife in their clothes.
You’ll need a week’s preparation,
To deal with all the ‘stuff’.
The toys, the towels, the food, the equipment,
And you still never have enough…
By the time they’re toddling,
They’re experts at seaside ‘hide’n’seek’.
Don’t look away for a second,
They run when they sense you are weak.
Days when it’s really windy,
Are the days they don’t want to wear clothes.
But the second they’re strip, and run for a dip,
They’re cold and HATE sand between their toes.
Don’t get me started on suncream,
Or that Daddy brought the wrong colour spade.
“The reason there’s sand in your F-ing sandwich,
Is because you buried it saying it ‘needed shade’.”
So don’t bother with babies at the seaside,
It’s a never-ending battle you won’t win.
Instead stay at home in the garden,
Where you can sit, without judgement, drinking gin.
#gin 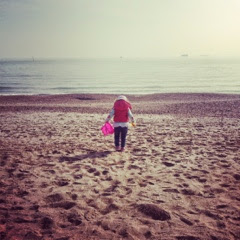 Before and After: Christmas With a Toddler…
December 27, 2016