Toddler-kind, Fellow ‘Followers of the Fart’ and Cocopops Appreciators,

Instead of the usual Saturday/Sunday activity… (where Mummy and Daddy say they are ‘hungover’ and I get to watch my entire Charlie and Lola box set. Again. Interlaced with Peppa re-runs. Whilst eating Chips…) THIS weekend we went something called ‘Cam-Ping’ to stay in what the folks referred to as a ‘Car-a-van’.

Don’t be fooled by the silly name. Or plain exterior. Car-a-vans are like houses, but they smaller so Mummy and Daddy can’t hide ANYWHERE, and they are full of cakes, Capri-sun, Cocopops, stickers and the fallen tears of a thousand fairies… that’s right – HEAVEN.

Allow me to impart my learnings from the weekend… (and yes, I know how to say learnings but not Cam-Ping or Car-avan) 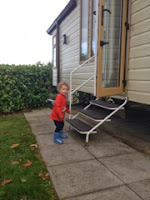 Upon arrival at your Car-a-van. Fart to mark your territory in each of the rooms and decide where you’d like your cot placed. Demand a Capri-sun and some Cocopops as payment for taking the kid’s bedroom.

Test all the furniture for ‘bounciness’ with your muddy boots on. Just because you F@*KING CAN. 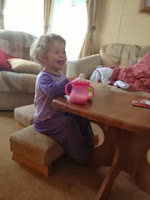 Refuse to wear anything but your pyjamas. 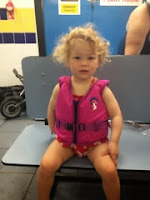 Swimming… let them think they have the upper hand by dressing you like a twat… but remember… 5am wake up calls* through paper-thin walls can scar for life… SCAR FOR LIFE MOTHER.

*Remember to fill the room with farts for her arrival. 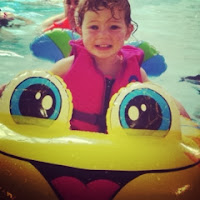 Also – refuse to EVER get out of the inflatable frog-boat. They like that. If Mummy tries to get you out, pull on her swimming costume to expose sections of vagina/nipple until she stops. 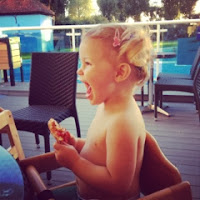 The ONLY way is naked-pizza. Or #TOWIN as I am now calling it. Don’t reckon it’ll take ITV2 too long to give me my own show… 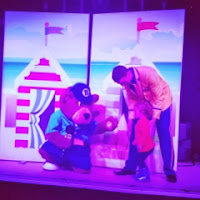 It’s possible you will be unexpectedly presented with a giant bear, if this happens COMPLETELY FREAK OUT.

THIS IS A TRAP.

GO FOR THE EYES.

I REPEAT, GO FOR THE EYES. 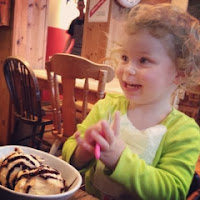 Good behaviour will be rewarded with ice-cream.

But then so will bad behaviour if it means Mummy and Daddy can get another G&T in, so use the ice-cream high to f@*k things up while you can get away with it. 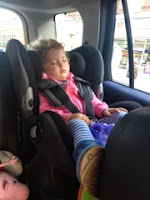 Reward yourself with a nap for the duration of the car journey home… you’ve deserved it.