I actually can’t take it anymore.

I feel like giving up with the whole bastard thing…

(No. I’m not talking about my fanny again.)
My child WILL NOT EAT.
Well. She will ‘eat’, but the list of foods she will consume has diminished into ridiculousness. *big gin-filled deep sigh*
I used to be so smug…

My paella-chomping, seabass-munching, all-vegetable-orgy-consuming one-year-old has completely f*@king vanished… And been replaced by a two-year-old who insists on every meal time accompanied by Iggle Piggle, her fairy wand and a rendition of Peppa’s Snowy F@*king Adventure. (KILL. ME.) And will eat ONLY sausages, pizza, raspberries, cake and yoghurt.

I’m not even exaggerating.
That is… Actually. Bastard. It.
I find it almost embarrassing. What did I do wrong? She used to eat everything?!?!

The cats now circle the highchair at dinner time awaiting the imminent overspill of a rejected chicken risotto shower or a catapulted fish finger… Trust has completely broken down. If I place something other than the aforementioned ‘safe-list’ in front of the toddler, I’m met with a stern ‘NO‘. Followed by a complacent finger wag, an eye-roll, a tut and a series of other humiliating ‘if you think I’m eating that, you’re even more of a twat than I thought…’ noises/actions until it’s removed and I cave with a Petit Filous offering… Again. *sobs*

Long gone are the days I can smother it in cheese and hope for the best, or hide the veggies in secret omelettes and casseroles… She can sniff out a carrot from 20 paces, and at the slightest hint of a broccoli floret she begins smashing up furniture, water-boarding Iggle Piggle and physically assaulting the cats. With Hello Kitty cutlery…. Oh the irony…

What am I supposed to do? I feel like I’ve tried EVERYTHING.

We’ve eaten together. We’ve eaten apart. At the table. Away from the table. We eat the same meal. We eat different meals. We share a plate. We have multiple plates. We eat at different times. Same time. Different seats. Same seat. We pick the meals. We offer choices. We cook together. Chop together. Press the bastard shitting button on the cooker together… We self-serve from a chocolate spouting magical tea-pot balanced on a leprechaun’s head at the end of a shitting rainbow together… but no. THAT’S NOT F@*KING GOOD ENOUGH EITHER.

So… unless someone wants to swap toddlers, I’m at a total loss… And now officially bound to a life-time of pizza-sausage-yoghurt meals… washed down with gin, a loss of self-respect and a healthy dose of mummy-failure to boot. 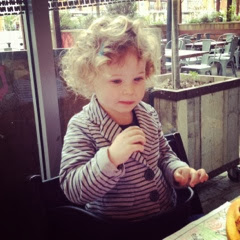 Things you should know about owning a toddler…
January 12, 2013

Everything you need to know about #toddlerbedtime… *shudders*
September 22, 2014